skip to main | skip to sidebar

It's Ok, Pull Me Under All the Way 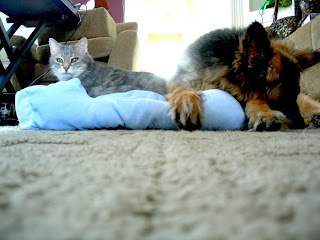 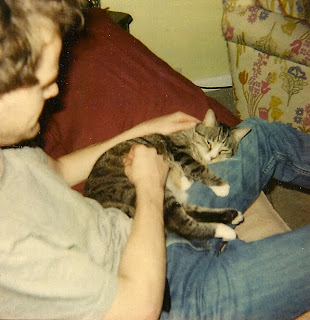 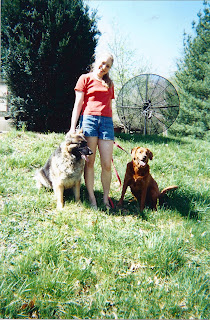 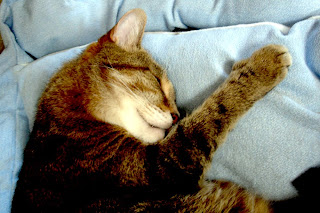 It's a surreal feeling explaining to others how I lost 4 out of 5 pets within a four-month time frame.
Lewis had kidney disease, a common problem among cats. Tommy had heart disease, also common among cats. They're from the same litter, and they were only 10, which isn't that old when you consider that many cats live to be 15-18 years old, sometimes older. But there's only so much you can do about these things, and believe me, we tried.
Gina developed degenerative myelopathy, a disease common among German Shepherds that eventually renders the dog paralyzed. For a dog as proud as Gina, not being able to get around on her own is pretty bad. Zoe reached a point where she had trouble getting around, but I think she rather liked being hauled around on her bed like the little fairy princess she was.
Zoe was a cancer survivor - she lived almost four years past the point of when we discovered her first mast cell tumor. The fact that she made it as long as she did is a testament to how strong-willed she was.
I learned a lot about pets and death this year. I'd been preparing myself for a few years, and I had a lot of anxiety about having to euthanize my pets. As a kid, my parents took responsibility for this unpleasant reality, and this was the first time in my adult life I'd had to handle something like this on my own. I think the most important thing I realized is how peaceful it actually is. It wasn't awful and gory, the way I feared it would be. It was serene and comforting. With the exception of Tommy, B & I were with each pet in their last moments, stroking them and talking to them, letting them know it was ok to let go. Unfortunately, Tommy fell ill while we were on tour in October, just a couple days after we to put Zoe down. My brother, who was Tommy's original guardian before he came to live with his litter mates and us, and my mother had to take him to the pet ER and eventually have him put down. If I couldn't be there with my pet, I'm glad it was two people who I trust implicitly to do right by my critters.
***sigh***
But, it still hurts. It's ridiculous how much I miss them, especially my dogs. Coming home from tour to our "cat", (singular), our house felt uncannily empty. For the last ten years, it's been B & I and our litter. Now it's just us and Marty, who has become a glutton for attention and affection. I'm not stepping over dogs or corralling cats. Something is wrong with this picture.
Inconclusive Results
In May, Mom went for her annual mammogram, a little overdue as it was. It turns out she had a tumor on her breast, about an inch in diameter. Cancer. Again.
Once more, ten years later, my brother and I find ourselves repeating the same story: Trips to doctors, hospital visits, phone calls, clocking medication times, preparing meals and finding plenty of comic relief. Only this time, Mama must do chemotherapy. **shiver**
Fortunately for her, the treatment was relatively short; four treatments, each three weeks apart. Still, it's a nasty business. It's over now, and she's detoxing. Her hair is slowly growing back, dark and baby fine. She is frustrated by the "chemo brain" she's experiencing, but her doctors have reassured her that will go away in 6 months or so.
All things considered, our family is extraordinarily lucky. This is not lost me.
Now, An Interpretive Dance
I re-read a couple of my last few entries. It's been a good 10 months since I've posted on this blog, and I'd forgotten about the commentary I wrote on marriage. Since then, several more of my friends have split up, a few are getting married and some are having babies. Funny, first it's college and boyfriends, then it's jobs and fiances, now it's divorces, babies and career changes. Welcome to your 30s.
So much transformation has occurred over this last year for nearly everyone I know. For me, it's with my family. For others it's their spouses and careers. It's times like this I wonder if there really IS something to the alignment of the earth with the stars. I think, surely there will be reparations to come for all of us. Maybe we just need to sift through what's happened, extract what we can and rebuild.
One thing about strife - there's a lot of inspiration to be found in it. Next week, I'm going to San Francisco to make the record I've been writing for the last year. I don't know if I'm really ready. I haven't figured it all out yet, what it all means, what I'm supposed to do with it. I'm doing what I do best: Flying by the seat of my pants with the unreasonable assurance that everything will work out the way it's supposed to.
Posted by petronie at 3:50 PM

Natalie,
Thanks for sharing, this has definitely left me feeling more hopeful about some things. You guys are going to do great in San Fran. Good Luck! I miss seeing ya! 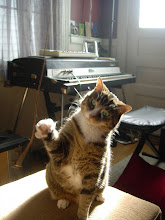 petronie
Petroniekins holds a masters in Sass from the University of Piss & Vinegar. Petroniekins is not licensed. But she is certifiable.